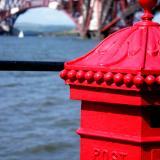 This category contains articles covering the postal industry in general, including any regulatory changes

Privatisation of Royal Mail and what it means to users

Within the EU there is a requirement to open up formerly closed markets, especially those that have been the subject of Government monopolies. One of the organisations most resistant to change, at least in Britain, has been the national operator responsible for the delivery of mail.

Ironically however, Britain has opened its mail market faster and further than most other member states, which has allowed (from 2000) the entry of independent (mostly foreign) postal delivery operations. They focused initially on the business-to-business (B2B) direct mail market, but as market liberalisation proceeded to full competition in 2006 they began to win share from Royal Mail in business-to-consumer (B2C) delivery.

While Royal Mail was restricted by its Royal Charter and its reliance upon public funding, privatised operators like PostNL in the Netherlands and Deutsche Post were making international acquisitions in related fields such as courier, parcels, freight and financial hand delivery. So well-known names like TNT (Dutch-owned) and DHL (German) are now entrenched in the UK and worldwide market. As Business Secretary Vince Cable put it when explaining Royal Mail’s flotation in 2013 –

"The government's decision on the sale is practical, it is logical, it is a commercial decision designed to put Royal Mail's future on a long-term sustainable business. It is consistent with developments elsewhere in Europe where privatised operators in Austria, Germany and Belgium produce profit margins far higher than the Royal Mail but have continued to provide high-quality and expanding services."

The new (70% privately-owned) Royal Mail must now play catch-up internationally, whilst seeking to be more competitive in an increasingly competitive home market. It is analogous to BT (which was demerged from it in 1981): both organisations are required to maintain a universal delivery service to all households, while being profitable. BT has reinvented itself, supplying and upgrading its network on a wholesale basis to its competitors, while reinvesting the profits of its legacy business in new fields. The challenge for Royal Mail is to do likewise.

"Commercial users account for the biggest percentage of Royal Mail's turnover. Any disruption to service would quickly lead businesses to take their custom elsewhere, which is an outcome that would not benefit the postal workers that CWU represents."

It is inevitable that the future Royal Mail will be a smaller business, leaner and more competitive. Online shopping is its biggest growth area and it must work to secure the lion’s share of this market, as private mail declines. Royal Mail’s new ‘click and collect’ service uses Post Offices as pick-up points for deliveries, and it also recently gained approval to leave packages with neighbours, which other firms already did.

Meanwhile, direct marketers are watching with interest, and in many cases profiting, as new battlegrounds emerge.

The key issue on B2C direct mail is ‘downstream access’. Whereas competitors since 2006 have had the freedom to collect and sort mail from customers, they have largely then handed the items to Royal Mail for the downstream ‘final mile’ delivery that only it has the national network to accomplish.

The first real DSA competitor has now emerged, offering end-to-end delivery for direct mail users: it is TNT, and it is gradually rolling out through London postcodes, delivering by bicycle three times a week and offering track and trace on each item. TNT already delivers 300 million items a month, and has ambitious plans to expand the staffing on this service from 1,000 to an eventual 20,000. To achieve this goal it is looking to bring in a co-investor.

Ofcom is the regulator of postal services, and Royal Mail is lobbying the body hard on the grounds that competitors like this are ‘cherry picking’ profitable city routes and are not offering an everyday delivery. It remains to be seen how this plays out. The Mayor of London is strongly supporting the new service.

How you can benefit

Royal Mail still has a strong advantage by virtue of its exemption from VAT, so that competitors must overcome a 20% competitive disadvantage. But within major cities companies like TNT (and smaller competitors like DX) can still achieve the economy of scale to provide attractive pricing, unless Ofcom should choose to shackle them by insisting that they deliver to wider (unprofitable) areas or deliver 6 days a week.

Assuming that your database is capable of being sorted (and if it is not then AMS can cleanse it for you) there is the opportunity to qualify for one of the categories of Mailsort rates, which achieve up to 47% discounts when compared against Royal Mail's standard tariff.

AMS will also work with you to establish whether it is economic to pre-sort your London mail, for example, to TNT or another DSA. The arrival of new competition can only be good for the industry and we can expect the new Royal Mail to defend its position with attractive rates and services.

All of the competitors are wooing direct mailing firms with extra incentives for Advertising Mail and Sustainable (environmentally-friendly) Mail.

Of course the mail savings that are on offer can soon be offset unless you have access to the ancillary mailing house services like polywrapping, envelope enclosing and postcard printing at cost-effective rates. Fortunately all of these services are on offer under one roof at AMS: together with free consultancy on how best to negotiate the maze of DSA and Royal Mail tariffs that are now on offer.